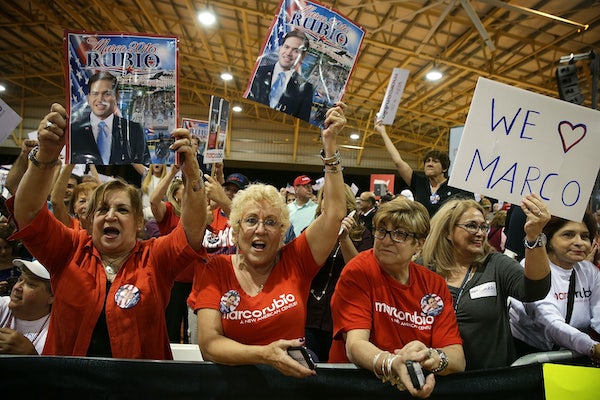 After a devastating Super Tuesday, Marco Rubio looks to Florida.

“Five days ago, we began to explain to the American people that Donald Trump is a con artist,” Rubio told the audience at the Ronald Reagan Equestrian Center in Miami. “Two weeks from tonight we are going to send a message loud and clear. We are going to send a message that the party of Lincoln and Reagan and the presidency of the United States will never be held by a con artist.”

But if Trump wins Florida, even narrowly, he would take all 99 of its delegates, effectively sinking the chances of the other candidates in the field. And after a night in which Rubio doesn’t look like he’ll win a single state, his Florida strategy may be too little too late.