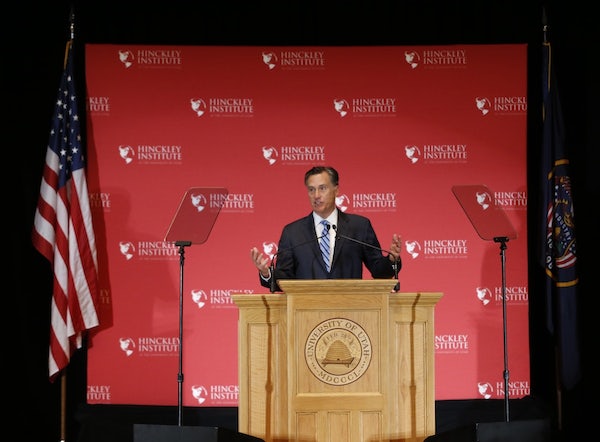 Mitt Romney suddenly has a problem with Trump’s extreme rhetoric.

The GOP’s 2012 presidential nominee gave a remarkable speech on Thursday morning calling upon his fellow Republicans to do everything in their power to stop Donald Trump from securing the party’s nomination. One thing he did not address: why he actively sought Donald Trump’s endorsement during his primary campaign four years ago.

He added an addendum on Thursday afternoon via tweet, arguing that Trump’s newfound extremism would have been disqualifying.

Romney’s selective memory about 2012 omits several inconvenient details, like how his campaign accepted donations from white supremacists, or his private meetings with anti-Muslim bigots, or his endorsement of racist Rep. Steve King who called Mexicans drug mules with cantaloupe-sized calves, or his refusal as governor to fund Americans with Disabilities Act projects because they were “pure pork.” And as for Trump’s extreme birtherism? That was just fine as well.

If Mitt Romney is really bothered by Trump’s extremism, it’s not because Donald Trump has changed his tune.