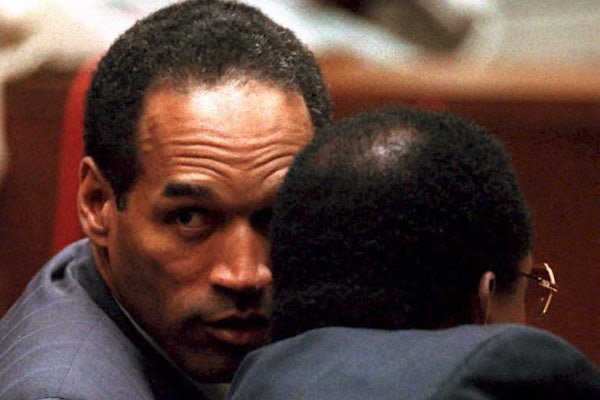 Is the LAPD in possession of the murder weapon from the O.J. Simpson trial?

Celebrity news and gossip site TMZ is reporting that the Los Angeles Police Department is currently running tests on a knife found buried on the former estate of O.J. Simpson, and that a former officer had possession of the knife for years.

The allegations in the report—all made by unnamed sources so, you know, grains of salt, etc.—are astonishing: A construction worker found a buried knife while demolishing the house and turned it in to an off-duty police officer, who kept the knife instead of handing it over to the LAPD. When the knife was discovered remains unclear, but TMZ says it could be as long ago as 1998. The officer, who recently retired, told a fellow LAPD friend about the discovery, who then reported it to his superiors. TMZ says the department is now in possession of the knife and running a battery of tests to look for any trace DNA evidence.

Not that it would do much good. The murder weapon was never found during the O.J. trial, and he of course was found not guilty of murdering his ex-wife Nicole Brown and Ron Goldman. He can’t be brought up on murder charges again because of double jeopardy, though he is in prison after being convicted of robbery eight years ago.