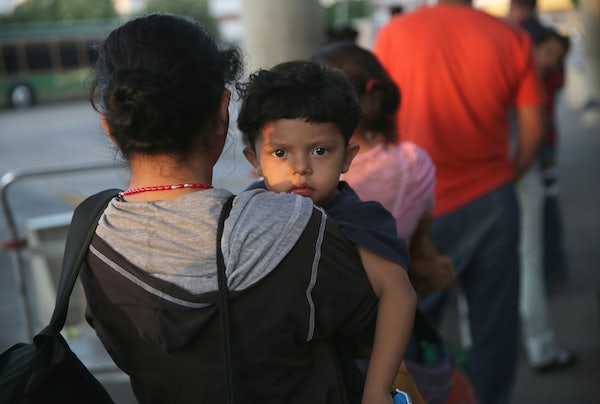 A senior DOJ immigration official thinks that 3- and 4-year-olds can represent themselves in court.

According to the Washington Post, Jack H. Weil, who, as the assistant chief immigration judge, is responsible for the training of other Justice Department immigration judges, stated in a deposition:

While Weil and a Justice Department spokesperson responded by saying that the statements were taken out of context, it’s pretty hard to imagine a context in which this would be okay. The deposition was part of a case in which ACLU and immigrant rights groups are pushing to require the government to provide legal representation for children in deportation hearings. The current situation forces many kids—who are often alone, scared, and facing language barriers—to represent themselves in immigration court if they can’t afford a lawyer.

The Post reports that the case currently has 14 juvenile plaintiffs—three of which are under five years old.