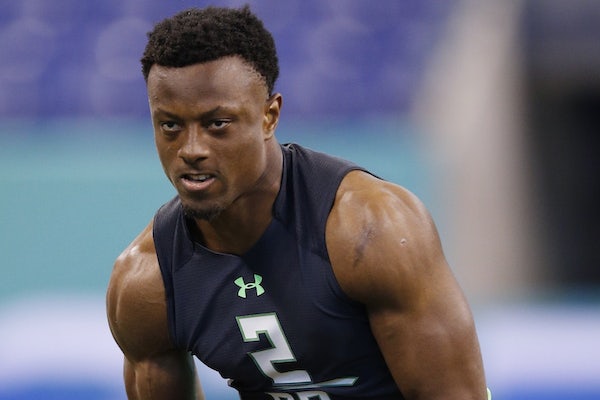 Eli Apple was a star cornerback for the Ohio State Buckeyes for two seasons and is considered a first-rounder by most analysts. But at the NFL combine, a coach from the Atlanta Falcons had one question for him.

“The Falcons coach, one of the coaches, was like, ‘So do you like men?’ It was like the first thing he asked me,” Apple told CSN Philadelphia during an interview on Friday morning. “He was like, ‘If you’re going to come to Atlanta, sometimes that’s how it is around here, you’re going to have to get used to it.’ I guess he was joking, but they just ask most of these questions to see how you’re going to react.”

The NFL combine has a reputation for being a bit of a circus, and coaches have been known to ask ridiculous questions of prospective athletes. But that means either the Falcons coach thought questioning a player’s sexual orientation was just in good fun (bad) or he really did want to make sure Apple wasn’t gay (worse). The team and the NFL both released apologetic statements and promised investigations, but the whole incident is an unfortunate reminder of just how little progress has actually been made since Michael Sam was left undrafted two years ago.

As for Apple, he told the coach he wasn’t gay. But even asking the question could be enough to harm his draft prospects, which is itself telling.