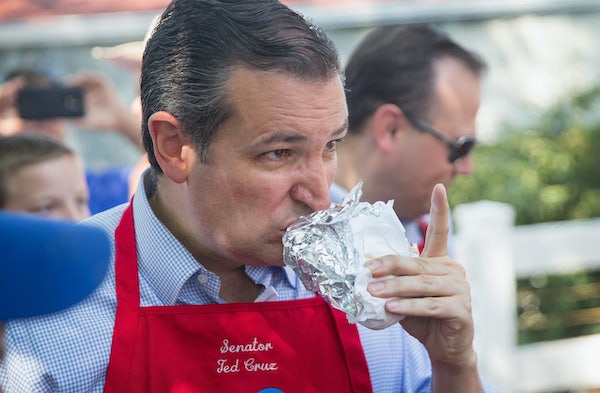 Ted Cruz will tell the nation later this week that he really does have friends.

One of the most persistent knocks on Cruz this election cycle is that he is a deeply, deeply unpopular man. To know Ted Cruz, it would seem, is to dislike him. Everybody hates Ted Cruz, but no one hates Ted Cruz like his colleagues in the Senate, where he is reportedly very, very unpopular.

The fact that Cruz has not received a single endorsement from a fellow Republican senator has been one of Donald Trump’s favorite jabs, coming in second behind only “Lyin’ Ted.” But that will change later this week. National Review, a trade magazine for right-wing nepotists, reports that Cruz will “unveil endorsements from more than four senators this week,” which presumably means he will unveil endorsements from five senators this week.

These endorsements are more bad news for Marco Rubio, as they suggest that GOP elites are waking up to the fact that Cruz, however distasteful, is their best shot at defeating Trump. And they’re good news for Cruz because he can finally, at long last, point to a group of people and say, “These people like me,” even though they almost certainly don’t. They just really, really don’t want Donald Trump to win the Republican nomination.