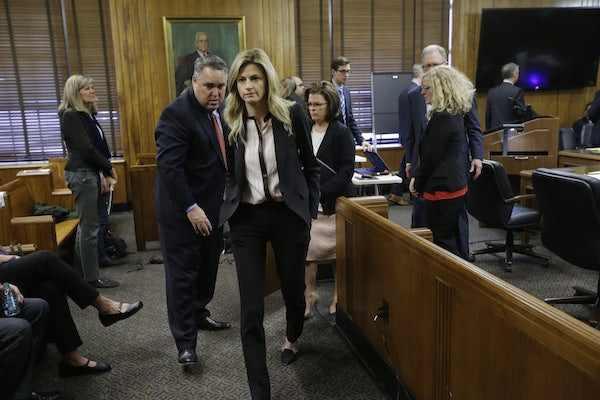 Erin Andrews wins $55 million from the Nashville Marriott where her stalker filmed a nude video of her.

The sportscaster was seeking damages in connection with a case involving her stalker, Michael David Barrett. Barrett was sentenced to 30 months in prison for harassing Andrews and releasing a nude video of her, which was filmed without her knowledge. The hotel was found liable on Monday for helping Barrett gain access to the room next to Andrews.

During the trial, which was broadcast online, the defense attorneys angered many viewers by questioning whether the video—which features Andrews undressing in her hotel room—actually benefitted her already successful career as a football reporter for ESPN. Andrews recounted for the jury the severe emotional distress that comes from having naked videos of yourself ricochet around the internet.

During the trial, a representative of the hotel chain reportedly played the video in question to friends at a nearby diner, joking that the video was “costing him millions, so he was going to show it to everyone.”