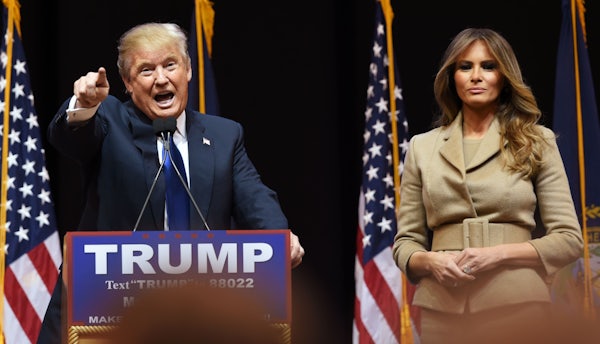 Utah’s governor blames Snapchat, reality TV, Twitter, snarky emails, and even the National Enquirer for the rise of Donald Trump.

Panicked GOP elites met recently in (where else?) Park City, Utah, to discuss how to stop the phalangeally challenged real-estate mogul from winning the party’s nomination, The Washington Post reports. But the Republican Governors Association retreat in the resort town allowed some to vent at the culture that allegedly enabled the demagogue’s rise.

“We’ve got this Enquirer magazine mentality,” Gov. Gary R. Herbert of Utah said in an interview. “We are subject to this reality-TV voyeurism that is taking place. Fast-food headlines, no substance, all flash. The Twitter atmosphere out there, snarky comments on email, Snapchat. Everything is superficial. . . . We’ve got to wake up, America.”

Have you ever seen more bugaboos in a single quote? The Enquirer reference seems especially dated—unless you recall Trump’s cozy relationship with the supermarket gossip rag. He even wrote a series of articles for the Enquirer last year, where he advised that “deep down, you can’t be too cocky” and described his wife Melania thus: “Despite her great beauty, she is a very calm and soothing person who has brought a sense of stability to my very turbulent life.”