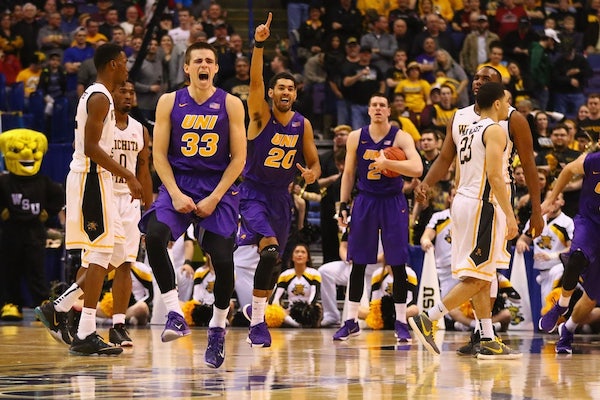 If your team doesn’t make the NCAA tournament this year, blame Cinderella.

College basketball is wrapping up the season with conference tournaments all week long, and so far it’s been a bloodbath for top seeds.

Eleven teams have won their conference championship so far, and the automatic bid to the NCAA tournament that comes with it. Only one of them—the Mocs of the University of Tennessee-Chattanooga—was the #1 seed.

All the upsets are throwing the tournament’s at-large system into chaos. Teams like Monmouth, Wichita State, and Valparaiso—all #1 seeds who lost in their respective conference tournaments—have strong cases for an at-large bid to the NCAA tournament. But the selection committee only has 36 bids to give, and traditionally they favor teams from the top conferences.

For smaller schools, there’s a lot riding on an invitation to the big dance. Besides the national exposure it provides, even one appearance in the tournament can earn a program millions of dollars in revenue for years.