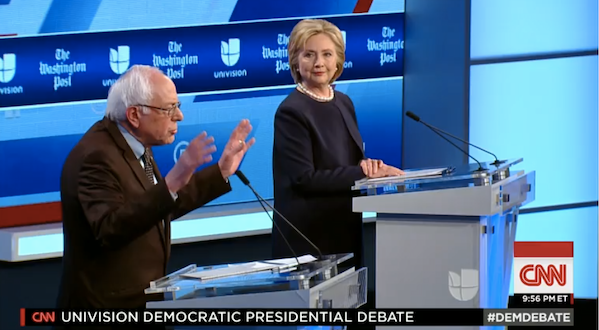 TARP, the 2008 financial rescue package, has become an issue in the Democratic primary race only tangentially, as it relates to whether Bernie Sanders did or didn’t vote for an auto bailout. (See a brief explanation of that issue here.) At the Democratic debate, Sanders explained, without any challenge from Clinton, that he voted against TARP because it was a giveaway to Wall Street. Which is true (even if the government eventually got its money back). And Wall Street is very unpopular among liberals. But the fact is that TARP likely prevented an even worse financial catastrophe, and its passage was dependent on Democrats after Republicans in Congress balked at the idea of government intervention in the economy. Democrats at the time blasted Republicans for being irresponsible, for putting ideology over pragmatic governance. How was Sanders’s vote any different?