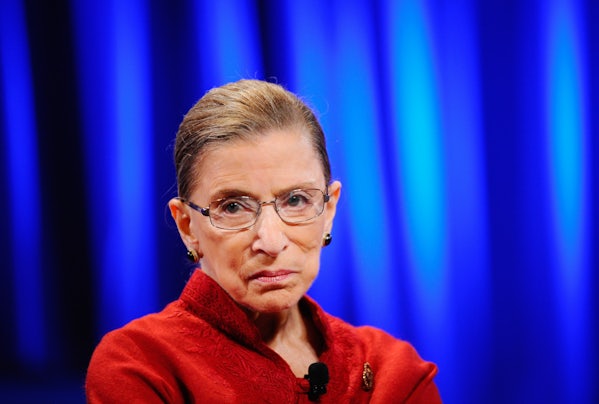 My Own Words will be published by Simon & Schuster in January of 2017, and will consist of “writings and speeches by Justice Ginsburg on wide-ranging topics, including gender equality, the workways of the Supreme Court, on being Jewish, on law and lawyers in opera, and on the value of looking beyond U.S. shores when interpreting the U.S. Constitution.” My Own Words is not a memoir, like fellow Justice Sonya Sotomayor’s 2013 book My Beloved World, but Simon & Schuster is pitching it as a companion volume to an authorized biography being written by Georgetown Law professors Mary Hartnett and Wendy W. Williams. Hartnett and Williams will also write introductions to each chapter of the book. My Own Words will be Ginsburg’s first book since joining the Supreme Court in 1993.

Ginsburg is arguably the most public of the Supreme Court justices and she gives speeches and interviews regularly. She’s also become something of a feminist pop culture icon in the internet era—a book made from a Ginsburg fan site, Notorious RBG: The Life and Times of Ruth Bader Ginsburg, was a hit last year.