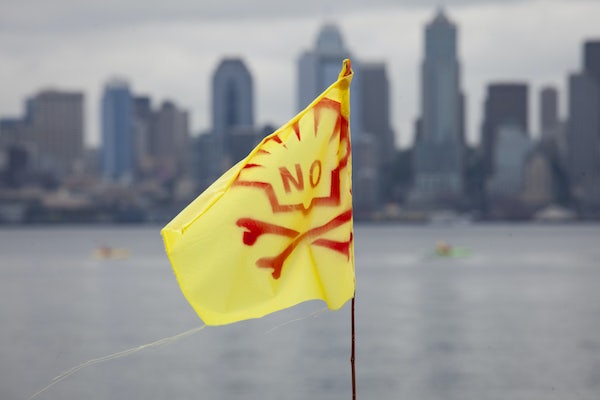 The Atlantic Coast is safe from drilling ... for now.

The Department of the Interior announced a five-year plan today that will forbid drilling off the Atlantic Coast before 2022. But in a press call about the decision, Interior Secretary Sally Jewell said a future administration could overturn the decision, putting the Atlantic back in play for oil and gas.

Of the current candidates for president, both Hillary Clinton and Bernie Sanders oppose drilling in the Arctic. Sanders is the only Democrat to say he would entirely ban offshore drilling, while Clinton says she is “skeptical” of the need for it.

The most aggressive challenge to the plan would likely come from Republicans. Of the party’s front-runners, Ted Cruz opposed President Barack Obama’s moratorium on oil and gas development in the Gulf of Mexico. He also introduced the American Energy Renaissance Act, which would allow states to determine whether they want to allow drilling off coasts. Donald Trump hasn’t said much about drilling, but in a February interview with the Tampa Bay Times, he was apparently doubtful of the practice. “It would be a little bit of a shame (to expand drilling closer to Florida), because there’s so much fracking, and there’s so much oil that we have now that we never thought possible,” Trump told the paper.