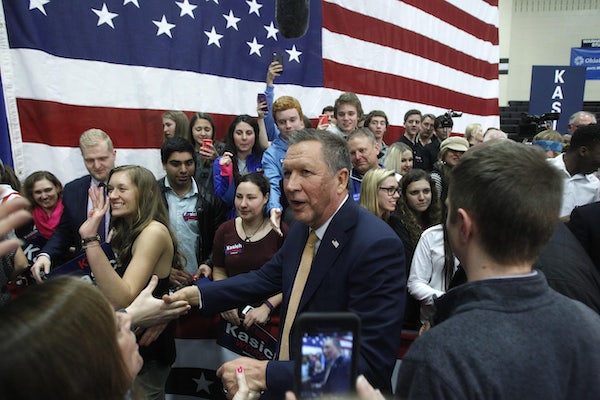 Ohio turnout is up, spelling trouble for John Kasich.

The Ohio governor is locked in a close battle with Donald Trump for the 66 delegates the state doles out to whoever wins its Republican primary tonight.

Kasich is leading by just five points in recent polls, and the slim margin means this race could come down to turnout. According to the Cincinnati Enquirer, turnout will probably reach around 40 or 45 percent in the Buckeye State, more than twice what it was in 2012.

That could help Trump. Ohio has an open primary system that allows Democrats and Independents to vote in the Republican primary. The turnout suggests that some of these voters are showing up to cast their ballot for Trump, who does relatively well among both cohorts. With their support, Trump could pick up the five points he needs to best Kasich.