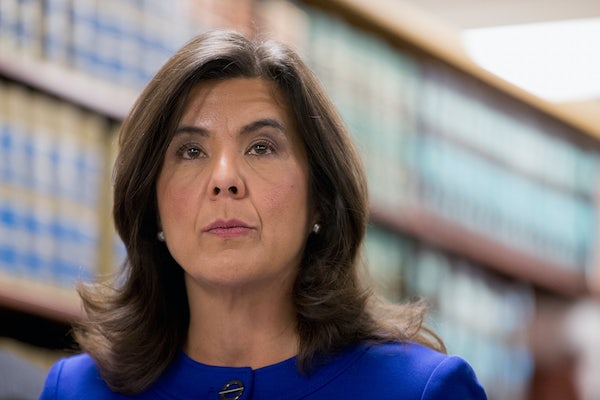 Young black organizers in Chicago have made the Cook County State’s Attorney one of the most important races tonight.

It took State’s Attorney Anita Alvarez over a year to charge a Chicago cop with first degree murder for the October 2014 shooting of 17-year-old Laquan McDonald. Now, Alvarez is up for reelection in what is seen as the first referendum on the city’s handling of the entire case (Mayor Rahm Emanuel will be much harder to remove).

One of Alvarez’s challengers, Kim Foxx, has union support, the Chicago Tribune’s endorsement, and the blessing of top establishment Democrats. But Alvarez is a well-funded incumbent and her two opponents could split protest votes.

An organized coalition of young black Chicagoans has been focused on Anita Alvarez for almost a year. Activists have been canvassing and phone banking, and have also launched a #ByeAnita social media campaign.