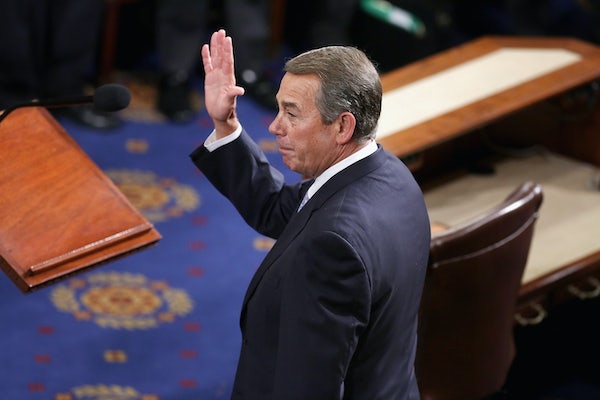 The wildest Republican primary being decided today isn’t in the presidential race.

Tonight, most people will be watching the Republican presidential primary in Ohio, where Governor John Kasich is hoping to eke out a win against Donald Trump. But in southwestern Ohio there’s another, even wackier GOP contest going on—one that makes the White House race look tame.

Ohio’s 8th Congressional District is home to former House Speaker John Boehner, who vacated his seat last October, more than a year before his term was scheduled to end. The Republican primary for that seat is today. The candidate elected by this strongly conservative district could indicate the temperament of Republicans at large, without all the noise attached to Trump.

Fifteen Republican candidates are in the running. State senator Bill Beagle is leading the establishment wing. Businessman Warren Davidson, a former Army ranger backed by several national super PACs, is leading the outsider contenders. Other candidates include a former sewer inspector and a CPA. The massive field, paired with the symbolic significance of finding a replacement for Boehner, has made for an unruly race, with several Washington groups pouring millions into the contest.

Boehner, who seems to be enjoying his retirement, has not endorsed a candidate. His reluctance to intervene could reflect just how toxic establishment figures are to Republican candidates, even in a district that sent Boehner to Congress 13 elections in a row.