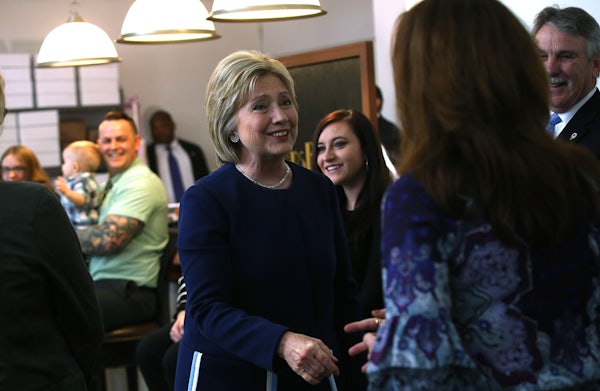 With a big win in Ohio, Hillary Clinton proved she could win white working-class voters.

Her victory assuaged establishment concerns, arising from Bernie Sanders’s win in Michigan, that such voters would abandon her in the general. “A loss in Ohio,” The New York Times’s Maggie Haberman wrote Tuesday morning, “a state where she famously demanded that Barack Obama meet her for a primary showdown in the 2008 race, would propel the questions about her ability to win white working-class voters.”

But according to CBS exit polls, she essentially tied with Sanders among the 75 percent of Ohio voters who are white. That means that she’ll be able to say she can compete with Donald Trump in Rust Belt states, where he polls particularly well among white voters upset that the economic recovery has left them behind.