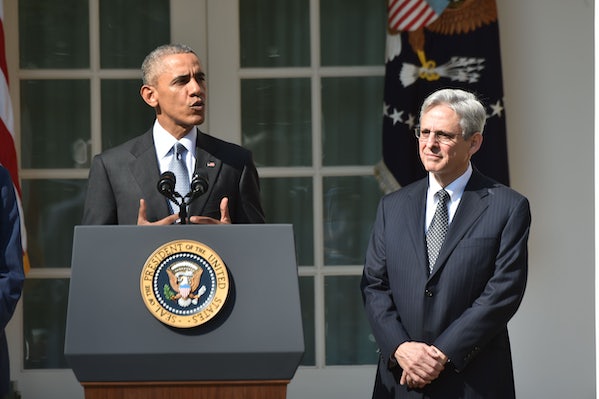 Merrick Garland’s nomination raises the question: Why can’t Protestants make it to the Supreme Court?

If Garland wins confirmation from the Senate, the high court will be divided along religious lines, with five Catholics (Roberts, Thomas, Alito, Kennedy, and Sotomayor) and four Jews (Ginsburg, Breyer, Kagan, and Garland). There has been a striking absence of Protestants on the Supreme Court since 2010, when Justice John Paul Stevens, then the sole Protestant, retired. Since Protestants still make up about 48 percent of the population, it’s curious that they have disappeared from the highest court in the land, which they dominated for most of American history.

One likely explanation is abortion politics. All but one of the Catholic nominees were picked by Republican presidents. Catholics might be seen as more likely to overturn Roe v. Wade than Protestants, especially since former Justice David Souter, a Republican-selected Episcopalian, is a byword for betrayal in Republican circles.

But why don’t Republicans pick Evangelical protestant judges? Evangelical Protestants are the biggest voting bloc in the Republican Party but, as historian Mark Noll pointed out, tend to be notably anti-intellectual. While Catholics, Jews, and mainstream Protestants all have traditions of scholarly rigor that translate into the making of top-notch jurists, Evangelical culture has a different focus. Evangelical Protestantism sees itself as a religion of the heart, not the head. As Franklin Foer wrote in the New Republic in 2011, Evangelicals have effectively turned over the business of scholarship to Catholics.