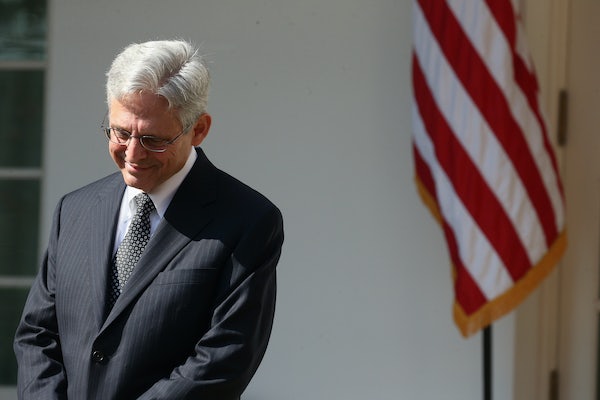 Merrick Garland’s Supreme Court roll-out made us tear up a little bit.

President Obama’s announcement of Garland’s nomination was all about presenting Garland as an impeccable candidate whose record and personal temperament would make him impossible for the Republican Senate to block in good faith.

But it was Garland’s own speech that made the most persuasive case. Obama had set him up as a good and likable man, and Garland demonstrated as much. Holding back tears, Garland told the crowd that, “This is the greatest honor of my life, other than Lynn agreeing to marry me 28 years ago.”

“A life of public service is as much a gift to the person who serves than it is to the person he is serving,” Garland continued. He recounted how his family fled anti-Semitism in Eastern Europe to make a better life in Chicago, where his father ran a small business and his mother worked with the PTA. It’s a quintessential American immigrant story, with Garland’s nomination a triumphant embodiment of the American Dream. Garland’s personal history suggests that hard work, virtue, and merit can take you all the way to a seat on the highest court in the land.

“I know that my mother is watching this on television and crying her eyes out,” Garland said, and she wasn’t the only one.