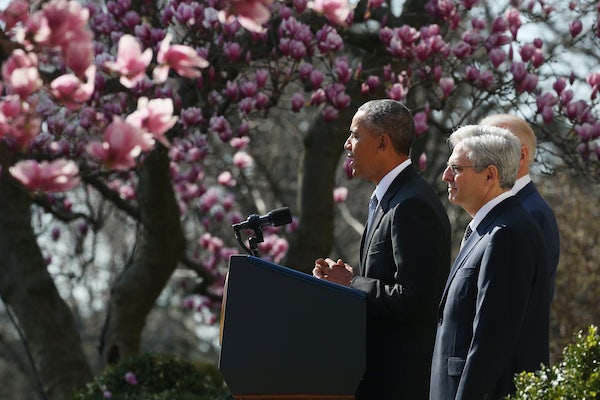 NPR’s Nina Totenberg reports that Senate Republicans “sent some sort of a back channel message to the White House” that they would confirm Garland in the event of a Democratic victory. “They would confirm him in the lame duck session,” Totenberg said.

This strategy might indicate the GOP’s confidence that it will keep control of the Senate after 2016. Republicans can’t block nominations for an entire presidential term, but they can settle on a candidate who, while not a conservative, is, as Orrin Hatch once said, a “consensus nominee.” If a Republican wins the White House, then they can keep blocking the nomination until inauguration and the later appointment of a more conservative candidate.

But it’s not a foregone conclusion that the Republicans will keep the Senate after November. There are more Republican seats at risk than Democratic ones, and some analysts believe that down-ballot races could be negatively affected by a Trump nomination (though that may be wishful thinking). If the Republicans lose the Senate they’ll be appointing Garland for fear of an even more liberal judge coming in.