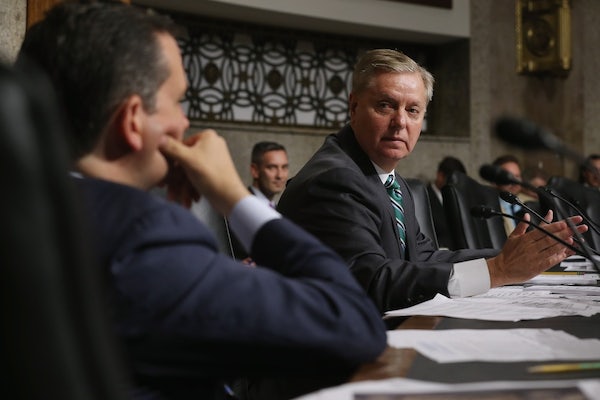 The guy who joked about murdering Ted Cruz last month is now fundraising for him.

Lindsey Graham quipped in late February that Cruz was so unlikeable that “if you killed Ted Cruz on the floor of the Senate, and the trial was in the Senate, nobody would convict you.” Now he has volunteered to host a fundraiser for Cruz next week, during AIPAC’s annual policy conference in D.C, according to a report from CNN.

Graham has long been the embodiment of the GOP elite’s distrust of Cruz, so his change of heart illustrates the degree to which Republicans hate the idea of a Trump candidacy. They hate it even more than they hate Ted Cruz, which is really saying something.