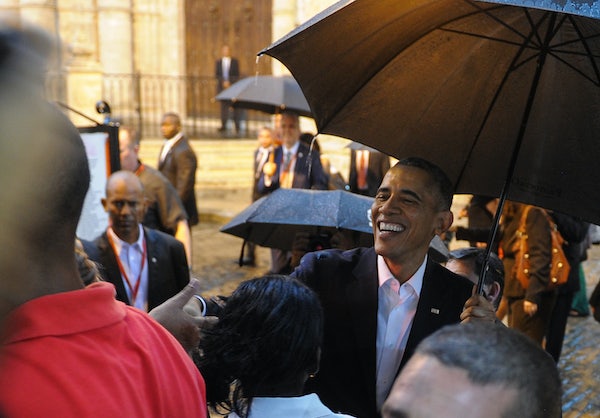 That seems to be the general response to President Barack Obama’s historic visit, which has been seen as heralding a new era in U.S.-Cuban relations. The Obamas spent a rainy Sunday evening strolling around Old Havana, which had been heavily cordoned in preparation for their visit. Today, the president will lay a wreath at a monument to José Martí, a 19th-century independence hero, at the Plaza of the Revolution, before receiving an official welcome from Cuban President Raul Castro at the Revolutionary Palace.