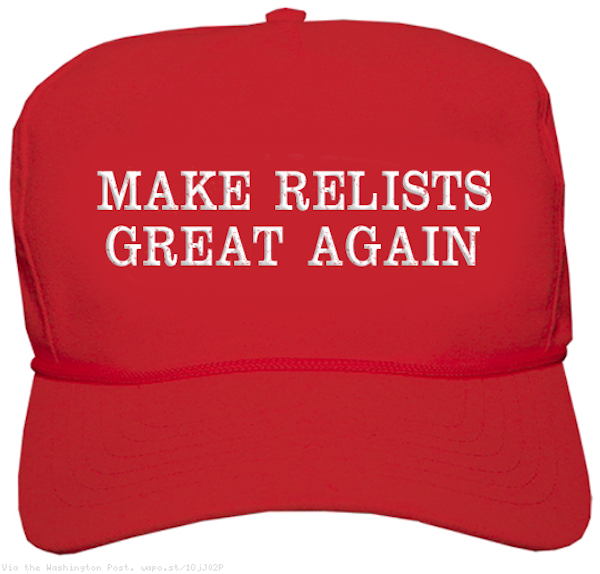 The  people at everyone’s favorite Supreme Court blog put on their “Make America Great Again” hats to do their “relist watch.” (What’s a relist? I’ll let SCOTUSblog explain it.) And let me tell you—this post is going to be huge. How huge? As big as my hands huge (that’s very huge, in case you were wondering).

Now for the new relists. I love relists and relists love me. Let me tell you something about relists. Relists are cases that could have given up. But instead they are fighting all the way to the Supreme Court, and then some. That’s just like me. I get sued a lot, okay? A lot. And I could settle all these cases against me. They’re tiny cases. I could settle them for very little money. But I never settle and neither do these guys so they’re all winners. The first new relist is Bravo-Fernandez v. United States,15-537. Juan Bravo-Fernandez, the president of a security firm, and Hector Martínez-Maldonado, a senator in Puerto Rico, were charged with committing two crimes on a weekend trip to Las Vegas, where I hope they stayed at the Trump International Hotel. It’s the most beautiful, most luxurious hotel in Vegas. I’m talking sixty-four stories and it looks like it’s made of gold. The most beautiful people stay there. So allegedly, Bravo-Fernandez paid for Martínez-Maldonado’s trip to Vegas and for boxing tickets a day after Bravo-Fernandez testified in front of Martínez-Maldonado about a bill he wanted passed. The two men were charged with (1) federal program bribery under 18 U.S.C. § 666 and (2) conspiring and traveling to violate 18 U.S.C. § 666. The jury acquitted them of the charge of conspiring and traveling but convicted them of the bribery offense itself. Which makes no sense – I’m not saying it was a stupid jury, but I hear other people saying that.

Read the rest of this big beautiful post here.