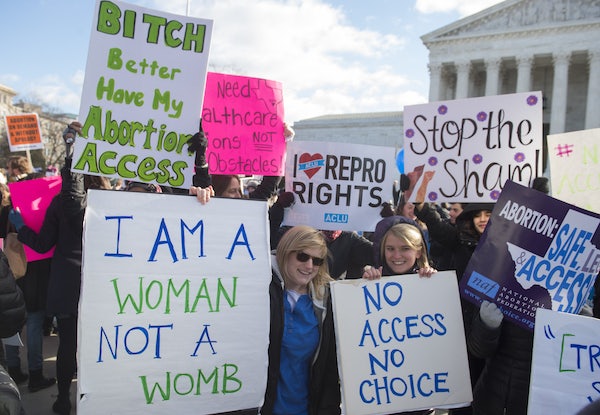 Good news for women’s health: The FDA just updated its guidelines for the abortion pill.

Mifepristone, which is used together with misoprostol for medication-induced abortion, was approved by the FDA in 2000. At first the drug’s label specified that women could be no more than 49 days pregnant when taking it, and that they needed to take 600 mg at a doctor’s office. Doctors quickly realized that mifepristone works just as well at lower doses and when it’s administered later in pregnancy. By 2001 more than 80 percent of abortion providers were using only 200 mg, and most allowed women to take the drug at home. Today the FDA finally updated its official mifepristone label guidelines—200 mg to end a pregnancy as late as 70 days.

Anti-abortion activists had tried to exploit the gap between the official FDA guidelines and off-label administration. As of March 2016, three states still had laws requiring physicians to use the outdated FDA protocol. These states claimed their obstructive policies were really protecting women.

The new FDA guidelines will help close this loophole, but some states are already finding new ways to prevent access. Last week Arizona lawmakers voted to limit mifepristone use to what the label said at the end of last year, before the new label was introduced. One state representative (not a doctor) said this was to stop abortion providers from “experimenting with women’s lives,” which seems sort of like insisting doctors stick to using good old-fashioned leeches instead of all these new-fangled medicines.