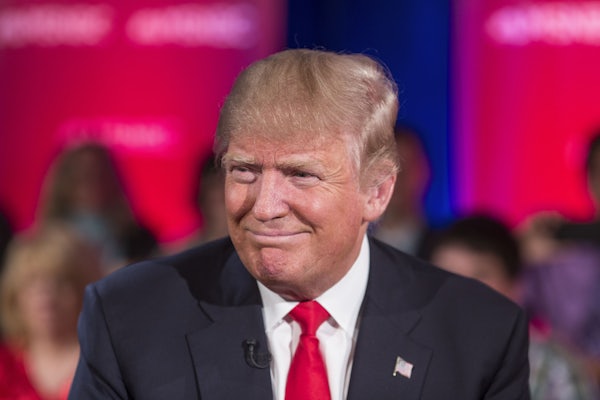 Donald Trump doesn’t know anything about abortion politics. But we can still learn a lot from what he has to say.

The Republican frontrunner just put out a statement saying that, were abortion illegal in the United States, only doctors should be punished for performing the procedure, not the women having the abortion. This is the standard GOP position on the issue. It is also the exact opposite of what he told Chris Matthews hours earlier.

By saying that women should be punished for having abortions and possibly jailed, Trump broke with decades of pro-life orthodoxy. The pro-life stance has historically been that women are victims of abortion—an elegant piece of bullshit, meant to distance the pro-life movement from arguments that it’s anti-woman.

But the subtext of these pro-life stances—in which women, let’s not forget, are accused of committing murder—have always been about punishing women. Trump erred by reverting to his long-standing habit of speaking subtext instead of text. He was immediately condemned by both the left, for suggesting draconian penalties, and the right, for exposing the sham of pro-life rhetoric.

The most remarkable aspect of this controversy is that Trump, when pressed by Matthews, seemed to take a guess at what the pro-life movement’s position was. That he guessed wrong suggests an unfamiliarity with the pro-life movement. But by taking the maximalist stance, he also perfectly articulated what the right has worked so hard to obfuscate.

This is a hallmark of Trump’s entire campaign. When he sets off these bombs by veering into unfamiliar political territory, the explosions don’t just hit him, they hit everyone on the right as well.