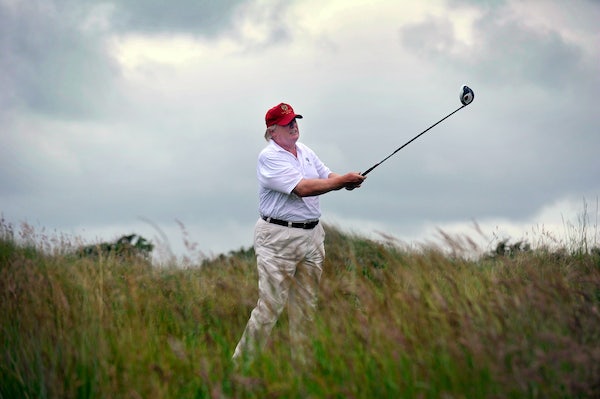 It sure looks like Donald Trump is going to be a disastrous general election candidate.

The last 48 hours of the news cycle have been dominated by a string of controversies that, put together, show the dizzying depths of Trump’s terribleness. There was the offhand suggestion at a CNN town hall that he would allow Saudi Arabia to obtain a nuclear weapon. There was the whole Michelle Fields controversy, in which his campaign manager was charged with assault and Trump came to his defense with a slew of embarrassing, nonsensical claims. And there was his hapless foray into abortion politics, where he proved once again he is totally comfortable taking the cruelest possible position on a given issue, if that is what he senses conservatives want. Whether any of this will damage Trump’s reputation among Republican voters is an open question. Not so much when you consider a broader electorate.

The last 48 hours have been defined by a dearth of actual news. The media turned the full force of its gaze on Trump. And under the scrutiny, he came out on the wrong side of three controversies, each of which would have sunk a traditional candidate. There has been speculation, in this most surprising of campaign seasons, that Trump could prove to be a formidable general election candidate as well. But at this rate, Trump may make mincemeat of himself long before November.