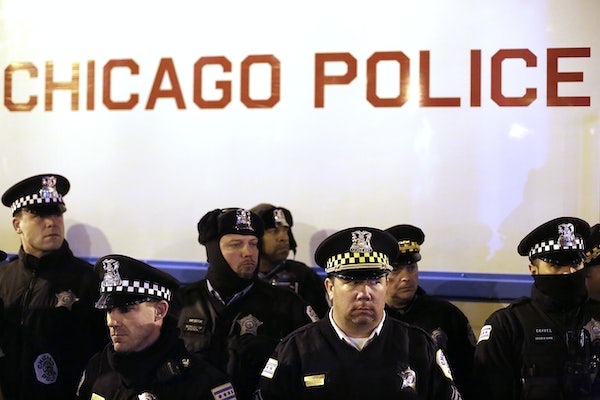 The Chicago police officer charged with the murder of Laquan McDonald gets a new job with the Fraternal Order of Police.

Officer Jason Van Dyke has had his name in the local and national press for over a year now, following the October 2014 shooting of 17-year-old McDonald—for which Van Dyke faces first-degree murder charges. After months of organized protests, FOIA requests, and eventual prosecution, Van Dyke was stripped of his police powers and put on unpaid leave. But now he has a new job with the Fraternal Order of Police, reportedly as a janitor and “jack-of-all-trades.”

FOP President Dean Angelo told the Chicago Sun-Times that this is not an unprecedented move for the union, saying, “We’ve probably had 100 people in no-pay status who we got jobs or hired at the hall. This is nothing new.” Precedented or not, the FOP’s decision to hire an out-of-work Van Dyke is troubling. A recent investigation by the Chicago Reader found that the Fraternal Order of Police has long served as the effective propaganda arm of the CPD, stepping in early and often for officers responsible for fatal shootings.