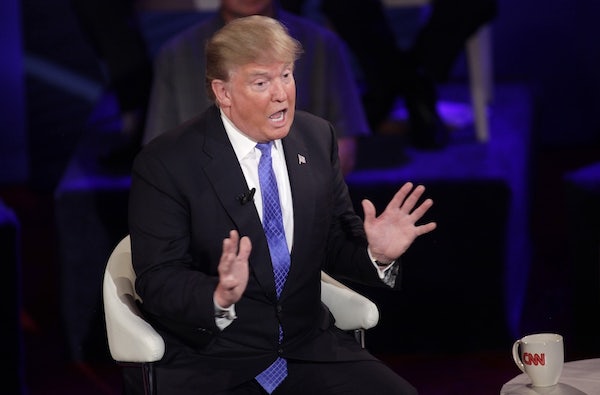 Breaking his pledge to support the Republican nominee could cost Donald Trump delegates.

From the moment he emerged as a legitimate candidate, Republican voters have sought reassurances from Donald Trump that he would support the eventual GOP nominee and not stage a third-party bid for the White House. Trump at first refused to make any such pledge, then agreed once his nomination seemed a foregone conclusion, and most recently backtracked after the prospect of a contested convention emerged.

His public disavowal of a party oath might be more problematic than his campaign counted on. South Carolina requires candidates to pledge loyalty to the eventual GOP nominee in order to secure a spot on the primary ballot. After Trump’s recent remarks, the state party is contemplating ways to decouple its 50 convention delegates from his campaign.

“Breaking South Carolina’s presidential primary ballot pledge raises some unanswered legal questions that no one person can answer,” state party chair Matt Moore told Time. “However, a court or national convention Committee on Contests could resolve them. It could put delegates in jeopardy.”