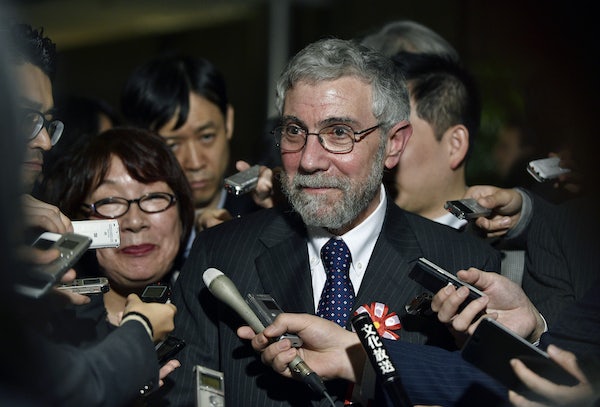 The Times columnist’s latest broadside against Sanders makes a mountain out of a molehill, i.e. Sanders’s claim that Hillary Clinton isn’t “qualified” to run for office. Krugman says Sanders, like a typical Bernie bro, is “imposing a standard of purity” on Clinton that is unreasonable. Krugman then suggests Sanders may be up to something more nefarious:

Is Mr. Sanders positioning himself to join the “Bernie or bust” crowd, walking away if he can’t pull off an extraordinary upset, and possibly helping put Donald Trump or Ted Cruz in the White House? If not, what does he think he’s doing?

As I have argued, the “qualified” controversy has been blown way out of proportion by the media and Clinton’s supporters. It makes sense for official backers like Claire McCaskill or Dianne Feinstein to complain to the press that Sanders is doing lasting damage to the Democratic Party, even if he isn’t, since that is their job. But does Krugman truly believe that Sanders is even thinking about not supporting Clinton if she’s the nominee? It’s hard to follow the logic here. (For what it’s worth, Sanders has unequivocally stated that he would support Clinton.)