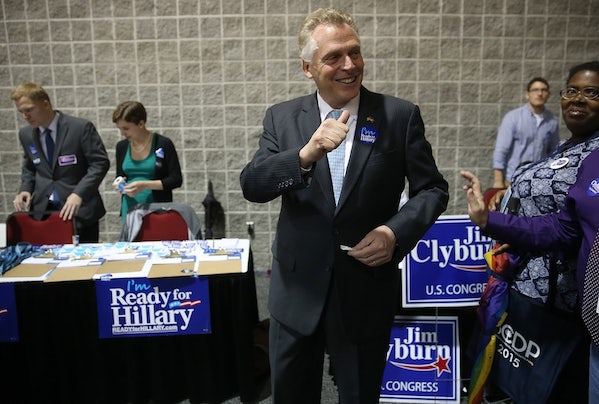 Virginia is about to become the next battleground for felon voter rights.

On Friday, Governor Terry McAuliffe will announce an executive action that will restore the right to vote to more than 200,000 convicted felons who have served their time and completed parole. The move would complete the state’s transformation under McAuliffe from one of the least friendly states for felon voting rights to one of the most progressive.

The announcement will likely set up a big legal battle with Virginia’s Republican lawmakers who have long opposed any abatement of the state’s felon voter laws. In recent years Virginia has been one of the most coveted swing states, and an influx of 200,000 new voters—many of whom fall into demographics that have traditionally supported Democrats by wide margins—could give a boost to McAuliffe’s party.

Restrictive voting laws that target convicted felons have disproportionately affected minority and low-income voters, McAuliffe told The New York Times. Estimates by The Sentencing Project suggest that as many as one in five African-American voters in the state have been disenfranchised thanks to Virginia’s law.

Advocates for the restoration of felon voting rights argue that the restrictions imposed are often rooted in racism, like in Virginia where advocates of the original bill were quoted as saying that the law would “eliminate the darkey as a political factor.”