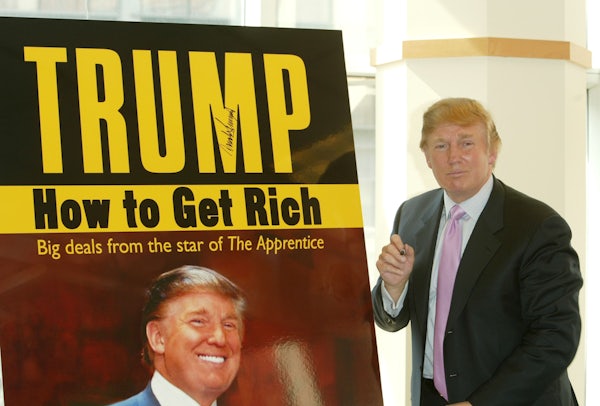 On Wednesday, Trump tried to neutralize the horrific media coverage his get-rich-quick real estate education scam has received by posting testimonials from happy Trump University customers. But he apparently forgot about a tool called Google:

[The] three people identified as former Trump University students speaking about how pleased they were with the program ... all had other ties to Trump, including one whose company makes a protein drink that Trump is selling at several of his properties.

When Hillary Clinton’s campaign ads feature swindled Trump University students later this year, as we expect they will, Trump will be tempted to respond with contrary testimony. The question is whether anyone who isn’t on Trump’s payroll, or in league with him in some other way, will have anything nice to say.