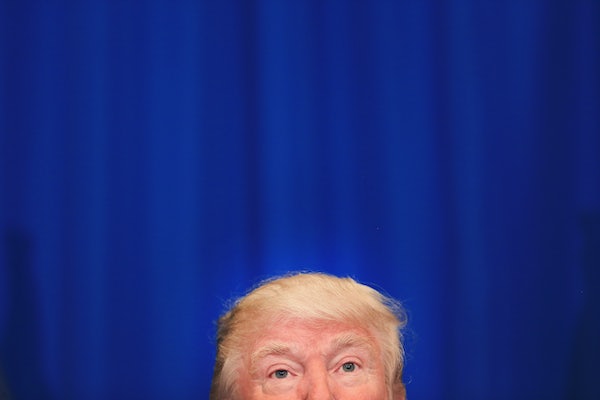 Donald Trump’s campaign may just be an elaborate shell game.

As he told Fortune magazine in 2000, “It’s very possible that I could be the first presidential candidate to run and make money on it.” That may sound like an outlandish dream, but Trump might very well pull it off—at the expense of actually winning the Oval Office. As the May FEC report makes clear, the main beneficiaries of Trump’s campaign are his own businesses. In the words of Politico: “The biggest expenditures included $350,000 for the use of Trump’s private jet; $493,000 to rent Trump facilities such as Mar-A-Lago, the Trump winery, and two of his golf clubs.” Trump’s campaign also spent money on Trump Restaurant, Trump Old Post Office, Trump Grill, and Trump Cafe, where they likely bought Trump Tacos. There were also payouts to Trump’s family members and Trump himself.

Trump is basically mixing up money taken from donors with money he loans to himself (which will likely be reimbursed by donors later) and spends it on his own companies, giving them an infusion of cash. At the White House Correspondents’ Dinner, President Obama speculated that Trump’s whole campaign was just about giving “his hotel business a boost.” It turns out Obama wasn’t cynical enough. Trump wants not only free advertising for his brand, but also a simple injection of cold hard cash. If he gets the donor class to pick up his debts, he’ll make a tidy profit from wrecking the Republican Party.