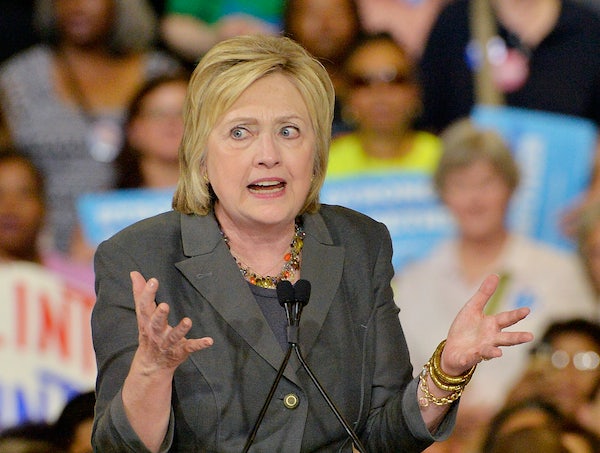 Or perhaps that Trump will exit the race voluntarily before the GOP convention. In an otherwise straightforward article about Hillary Clinton’s running-mate selection process, Politico buries this fascinating lede.

The selection process, however, is colored by new uncertainty among Democratic donors and Clinton allies who are no longer convinced that Donald Trump is sure to be the GOP nominee. A big advantage of holding their convention second, Democrats said, was being able to make a final pick with full knowledge of the GOP ticket.

I read this to imply a couple things. First, Clinton will have an heir and a spare in mind: Her ideal running mate to announce should Trump officially secure the GOP nomination, and a more defensive pick should Republicans somehow deny it to him. Second, and relatedly, we’re unlikely to know who her running mate will be until late July.

What’s less clear is who she considers a first-choice heir and who she considers a contingent spare. Politico reports Senator Tim Kaine, the former governor of Virginia, and a widely-touted safe-but-boring pick, tops the list now, ahead of Elizabeth Warren and Julian Castro. The implication seems to be that she’ll select from among the latter two if Republicans nominate someone other than Trump and she feels she needs to rally Democratic voters. But that could get her thinking backward. In any case, we probably won’t know for several weeks. When we do, though, it’ll tell us an unusual amount about her governing vision for America.