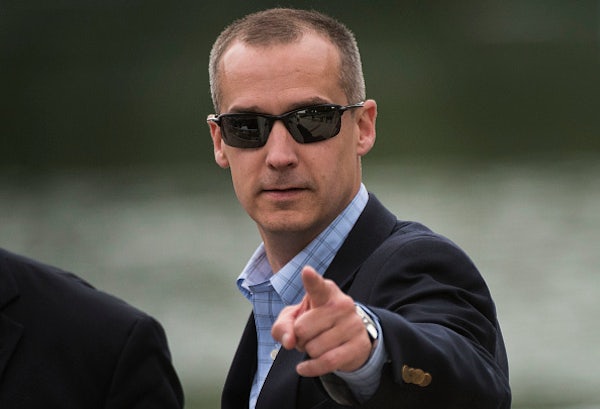 Politico reports that CNN is hiring Trump’s former campaign manager, Corey Lewandowski, who will presumably join Jeffrey Lord as the network’s principal defenders of Trump in roundtable discussions. Lewandowski has a way of dividing news organizations—his manhandling of Breitbart reporter Michelle Fields led to a schism within the right-wing news site. He already has a history with CNN’s Noah Gray; at a Trump event, Lewandowski reportedly told Trump’s press secretary Hope Hicks: “Tell Noah, get back in the pen or he’s fucking blacklisted.” Sounds like another stellar hire by CNN.