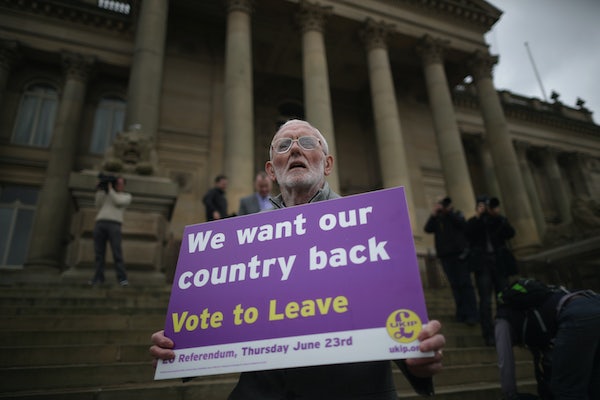 Where does the EU go from here?

The critique that the European Union is is “opaque,” to use Boris Johnson’s word, and lacks accountability clearly resonated with Britons, as it does with many who are part of the European project. The fact that Britain is the one to bail, even though it isn’t chained to the euro like Greece and other long-suffering EU members, just underscores the weakness of the EU as a democratic institution. “Open borders” may be a great idea on a policy level—its beneficiaries include Great Britain—but the EU hasn’t made the case on a philosophical level.

The big question for the EU going forward is if it can make that case to the remaining 27 members of the union. Over the next weeks and months there will be calls across Europe for more  referendums—Marine Le Pen, France’s slightly more racist version of Donald Trump, has called for a vote there. Angela Merkel understands the problem, saying, “We have to make sure that people feel that the EU can make a contribution to people’s lives.” But the EU has too often taken the will of the people for granted—and that could destroy it.