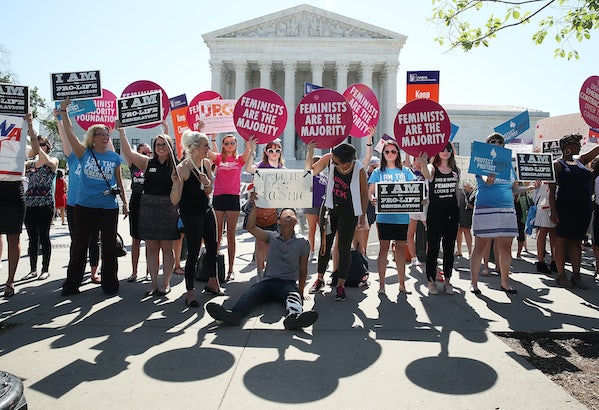 In what has been hailed as the most important abortion case since Planned Parenthood v. Casey, the Court has struck down parts of a law that dramatically restricted access to abortions. That law required abortion clinics to meet the high standards set for ambulatory surgical centers, and doctors performing abortions “to have admitting privileges at a nearby hospital.” If upheld, the law was expected to dramatically reduce the number of abortion clinics in the state from 40 to as few as ten.

In a 5-3 decision, the Court ruled that those aspects of the law were unconstitutional, posing an undue burden on women. Of the dissenting justices, only Clarence Thomas would have upheld the law outright—Samuel Alito and Chief Justice Roberts would have required “greater analysis and findings.” The key vote, once again, came from Anthony Kennedy, giving the liberal wing a crucial fifth vote that would have withstood a presumed vote to uphold the law by deceased Justice Antonin Scalia.