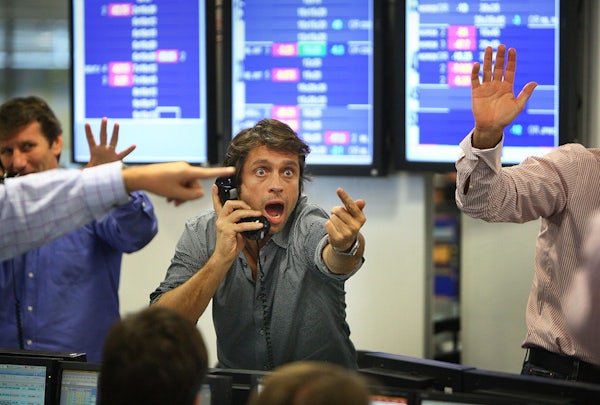 Will France come out as the big winner of Brexit?

French President Francois Hollande has said that if Britain leaves the European Union, London can no longer be the center of European finance. “[London], which thanks to the EU was able to handle clearing operations for the eurozone, will not be able to do them,” he said. “It can serve as an example for those who seek the end of Europe. ... It can serve as a lesson.” Instead, Hollande wants Paris to become the center of European banking. And he has a plan to make it happen.

According to a theory put forth by journalist Ben Judah, France plans to offer Britain a deal where it gets to cap immigration—immigration was a driving force of the “Leave” campaign—but doesn’t get to keep its banks.

It’s a trap. The next British prime minister, Judah argues, would face an impossible choice: Take a deal that his or her base would love and lose an enormous chunk of Britain’s tax base, or piss off voters and keep the hated bankers. (It’s also possible that a banking exodus would precede such a deal.)

Britain and France haven’t fought a war against one another since 1815, but centuries of enmity have nevertheless taken their toll. It’s hard to think of a more ironic outcome of the Brexit than the French benefiting most of all, but here we are.