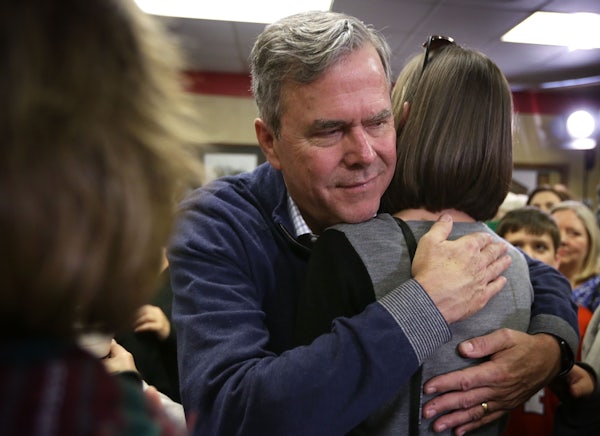 For America, that is. During an interview last night with MSNBC, he reiterated his—and by proxy, the entire Bush clan’s—opposition to Donald Trump’s hijacking of the Republican Party. “I‘ll feel sad,” said Bush when asked if he thought he and his party would feel vindicated should Trump get swept in November. And if he won? “I’ll be worried.”

Jeb’s sadness has clearly infected the rest of the Bush family, who are unable to support a Democrat like Hillary Clinton but also unable to support the party they are inextricably tied to. “This is a decision that’s painful for me,” said the third Bush to run for the American presidency. “I love my country like everybody else does and I see us languishing at a time when we should just be leading the world.” These are very sad times, indeed.