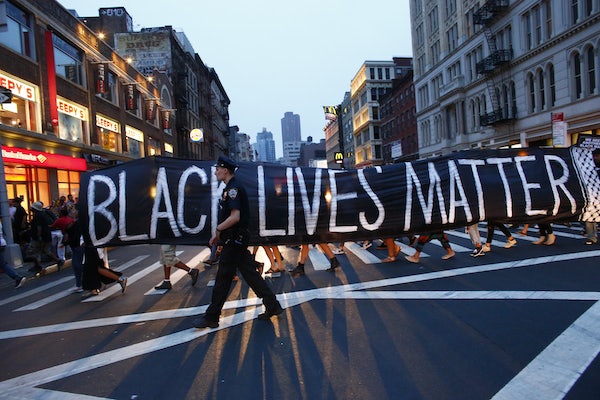 Day two of the DNC will be about police brutality and gun violence.

The focus tonight will be on the Mothers of the Movement, a group of women who have lost their children to police killings and gun violence. The group’s members—many of whom were previously featured in a Clinton ad—include the mothers of Eric Garner, Trayvon Martin, Dontré Hamilton, Jordan Davis, Michael Brown, Hadiya Pendleton, and Sandra Bland. Their remarks will undoubtedly send a powerful message, one that will stand in stark contrast to that of the RNC, where parents of children killed by illegal immigrants took the stage.

Bill Clinton will also speak. For most of the campaign season, Hillary has kept her husband on the back burner, and not without good reason—when challenged by Black Lives Matter activists in Philadelphia, Bill couldn’t help but defend the more controversial aspects of his presidency, and just last month, he couldn’t resist stopping to chat with Loretta Lynch at an airport in Phoenix. But, if there is one thing Clinton excels at, it’s giving big speeches on big stages. Tonight, he’ll be going to bat for his wife, and will likely focus on the night’s theme, which is Hillary’s “Lifetime of Defending Children and Families.” It will probably be the second-best first spouse speech of the convention.