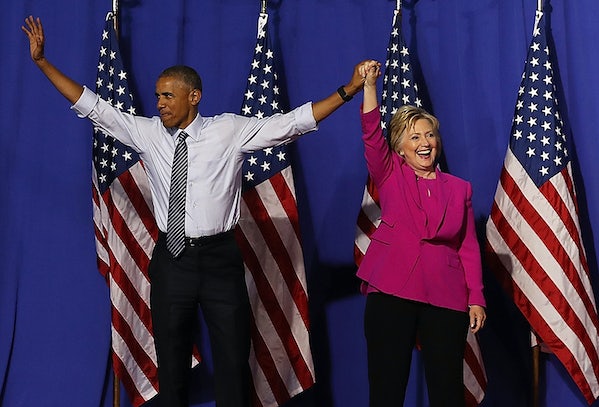 Is Barack Obama going to go after Donald Trump at the DNC tonight?

In a convention full of VIP orators to squeeze in, tonight will undoubtedly revolve around our sitting president. So far, Obama has been one of Hillary Clinton’s most compelling surrogates on the trail, and if his stump speech in North Carolina is any indication, he might be back in rare 2008 form tonight. He also may be the first speaker to really light up Trump—Greg Sargent writes that Obama has “signaled that he will essentially try to carry out the massacre of Trump that was missing last night.”

After all, Obama has a pretty big motive to get Hillary into office—defending his own legacy. Dan Pfeiffer, one of Obama’s former advisers, told The New York Times of the president’s fear of a Trump administration: “I’m sure he thinks about that first 100 days the way the rest of us do. You wake up every day, and another thing that you and your team worked so hard to do is undone. That would be more painful than the president or any of us can imagine.”

Vice President Uncle Joe will also take the stage, along with his potential replacement, Tim Kaine. Kaine, whose most interesting characteristic is that he speaks Spanish, will be giving the biggest speech of his life tonight. It will be a challenge for him not to be overshadowed by Obama and Biden.