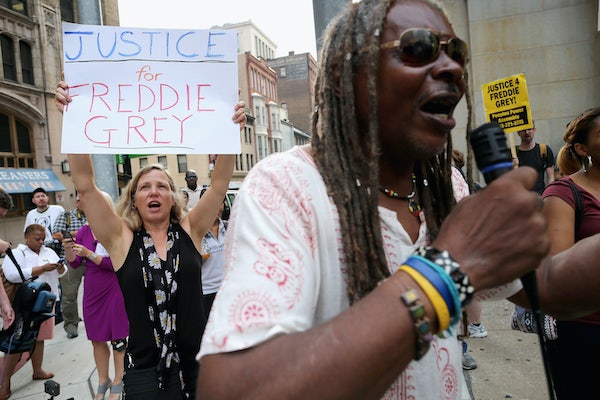 All the officers in the Freddie Gray case will get off scot-free.

According to the Baltimore Sun, prosecutors dropped all charges today for three of the six officers who had yet to be tried (Garrett Miller, William Porter, and Alicia White). The other three officers—Edward Nero, Caesar Goodson Jr., and Brian Rice—were previously acquitted of all charges. Rice’s trial took place only two weeks ago, where the judge declared that there was no proof that Rice had acted in a “grossly negligent manner.” Freddie Gray died from severe spinal injuries that he received in the back of a police van.