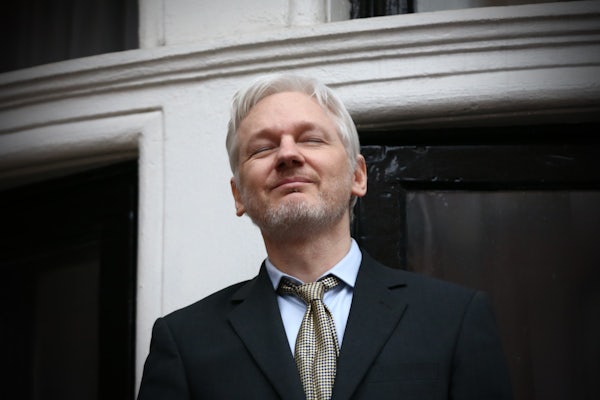 Julian Assange has medical records, too.

And he’ll be sharing them on Wednesday for reasons that aren’t entirely clear.

In a lot of ways, this is par for the course for Assange this election season. There’s a hint of a noble mission—he just wants transparency!—that’s a mask for fairly naked attention-grabbing. The pox-on-both-their-houses stance could also be a way to rebut suspicion that Assange has become a full-blown Hillary Clinton conspiracy theorist—suspicion that Wikileaks fueled earlier this week by tweeting wild speculation about Clinton’s health.

In other Assange news, it was announced on Tuesday that he would be questioned in October regarding the rape allegation that has kept him holed up in the Ecuadorean embassy in London for the past six years.