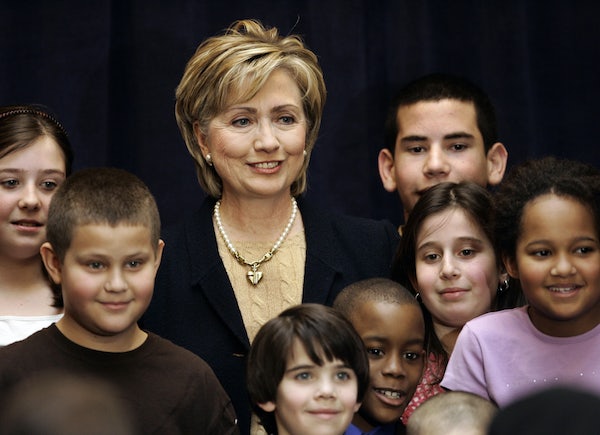 A new New York Times/CBS poll shows what we’ve all come to suspect in the past week: Clinton and Trump are in a very tight race. First, the big picture: Clinton is up by two points with “likely voters” and five with “registered voters,” which is good-ish news in what has otherwise been a bad week for the campaign. But there are a lot of details within the poll that should have Clinton’s camp worried. Clinton is not getting quite the support among black voters that Barack Obama did in 2012—she’s underperforming him by four points at the moment. And, most importantly, Clinton is severely lacking Obama’s edge with under-30 voters: Obama won 60 percent of them in 2012; Clinton is getting 48 percent in the Times/CBS poll. Thirty-six percent of voters under 30 say that they’ll vote for Gary Johnson or Jill Stein.

Low voter turnout remains Clinton’s Achilles heel. Her most straightforward path to victory is preserving Obama’s 2012 coalition, and so far she’s not on track to do that. This makes it somewhat difficult to comprehend why the Clinton campaign decided to spend significant resources—including two days of the Democratic National Convention—courting affluent so-called “moderate” or “suburban” Republicans. One explanation is that it was anxious about losing white working-class voters, and looked to these voters to make up the difference. The other is that the campaign was hoping for a landslide and shot for the moon.

It’s possible that this strategy has backfired with young voters who don’t trust Clinton and who view her outreach to Republicans as proof that she’ll turn her back on the left if elected into office. On Thursday, Politico reported that Clinton’s GOP backers and donors have been led to expect significant returns for their investment in Clinton. They have already given the campaign “messaging help,” received “direct and regular access to senior staffers ... to discuss policy and strategy,” and expect more than two positions in a Clinton White House.

A landslide is always nice, but Clinton is locked in a very close race right now. Defecting Republicans aren’t going to put her over the edge, but young people might—if Clinton’s team stops focusing on rich Republicans and starts doing more to win them over.