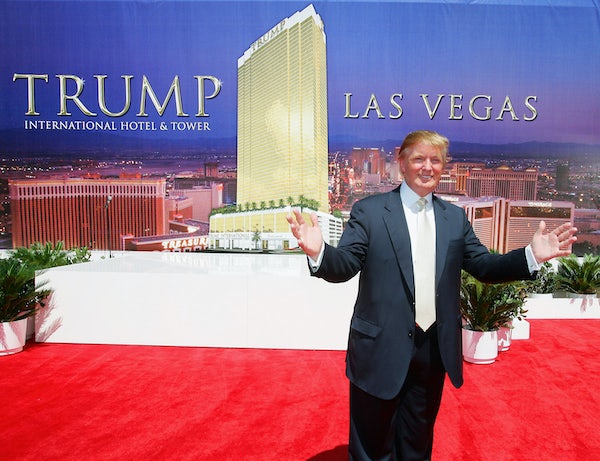 Trump’s reliance on his own businesses is unprecedented in presidential campaigns. It could be a nightmare if he wins.

As Politico notes, this is unprecedented. “Even the wealthiest of candidates have refrained from tapping their businesses’ resources to such an extensive degree, either because their businesses are structured in a manner that doesn’t legally allow them to do it with flexibility, or because they’re leery of the allegations of pocket-padding that inevitably arise when politicians use their campaigns or committees to pay their businesses or families.” And yet, as he has done repeatedly throughout the campaign, Trump has simply brushed off corruption allegations. In fact, Trump has repeatedly used the campaign to market his businesses.

Some have argued that Trump is running a “scampaign,” and trying to make money while running for president. (Back in 2000, he told Fortune, “It’s very possible that I could be the first presidential candidate to run and make money on it.”) Similarly, many believe that, if he loses, Trump will start his own media company to attempt to profit off of his supporters. But Trump forgave a $50 million loan to his campaign in July. The problem, for the moment at least, isn’t that Trump is making money running for president, it’s what this behavior portends for a Trump presidency.

If Trump wins, his reliance on his own businesses would be an ethical nightmare. Trump’s reliance on his own businesses has been a campaign strategy in and of itself: He uses them to brand himself as a successful businessman and all-around rich person. There’s no reason to suspect that would change if Trump were elected. The only difference is that the money would be coming from taxpayers, not donors. And that’s not even getting into the tangled morass that is the Trump Foundation.