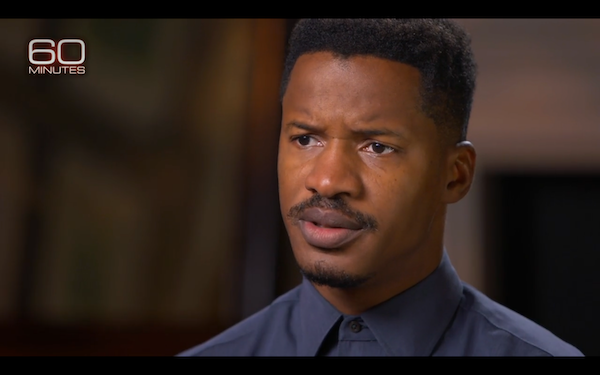 Is Nate Parker really trying to be better?

His most recent interviews with Anderson Cooper on 60 Minutes and Robin Roberts on Good Morning America make it difficult to believe that the Birth of a Nation star understands the concept. Parker told Cooper that he did not feel guilty about what happened the night he allegedly raped a woman in the 1990s, and that he did not owe anyone an apology. His tone during both appearances differed vastly from his interview with Ebony in August, when he presented himself as a man ready to change. “I’m a work in progress,” he said. “I’m trying to be better.”

But with four days until the film’s wide release, the only thing Parker seems to have changed is his mind. “I was falsely accused,” Parker told Cooper, beginning to choke on his words. “I was falsely accused. I went to court and I sat in trial, I was vindicated, I was proven innocent and I was vindicated and I feel terrible that this woman isn’t here and I feel terrible that her family had to deal with that, but as I said an apology is—no.” This morning, when pressed by Roberts, Parker said, almost annoyed, “I was falsely accused, I was proven innocent, and I am not going to apologize.”

There are many problems with Parker’s statements, from his continued focus on his legal innocence (his alleged accomplice was convicted of rape, only to have his conviction overturned), to his apparent lack of introspection about any role that night might have played in the woman’s suicide in 2012. But what’s really striking is the gap between Parker’s behavior and his own rhetoric about how his art is motivated by a sense of responsibility. “I use my art to really deal with the things that I see everyday with hope that it could create a solution,” he told Roberts. “As we know that with black men being killed in America, we have become desensitized to the things that are happening. So the question is to what do we owe? What is our responsibility?”

Rape culture is a real problem in America. It’s the culture of “boys will be boys” and “well, she shouldn’t have…” It’s one that teaches women how to avoid rape instead of teaching boys not to rape. Parker speaks passionately about his film’s importance in forcing viewers to think about their personal responsibility for change, even though he seems so unwilling to do so himself.