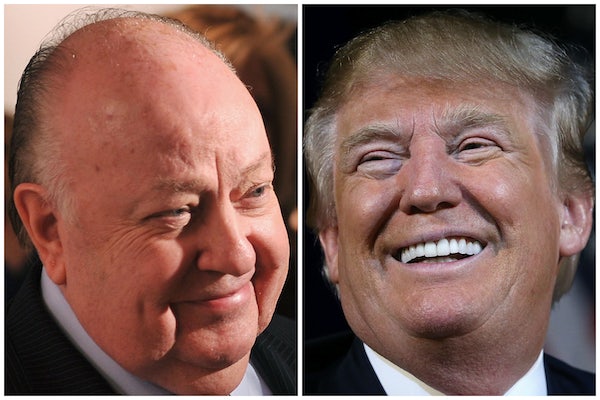 Donald Trump and Roger Ailes are giving each other the silent treatment.

The Republican nominee and the former Fox News CEO are no longer on speaking terms, New York’s Gabe Sherman and Vanity Fair’s Sarah Ellison said during an event on Tuesday:

On the Trump side, Ellison said the story is different: “Even for the second debate, Ailes kept going off on tangents and talking about his war stories while he was supposed to be prepping Trump.”

Ailes reportedly was advising Trump’s campaign and was widely seen as an asset heading into the debates with Hillary Clinton. A former political consultant to Ronald Reagan and George H. W. Bush, he’s acknowledged as a master of media strategy even by his harshest critics.

Ailes resigned in July from Fox News, the network he founded after two decades, following sexual harassment allegations. Trump, of course, is currently facing a series of sexual assault allegations. So it’s not like they don’t have plenty to talk about together.