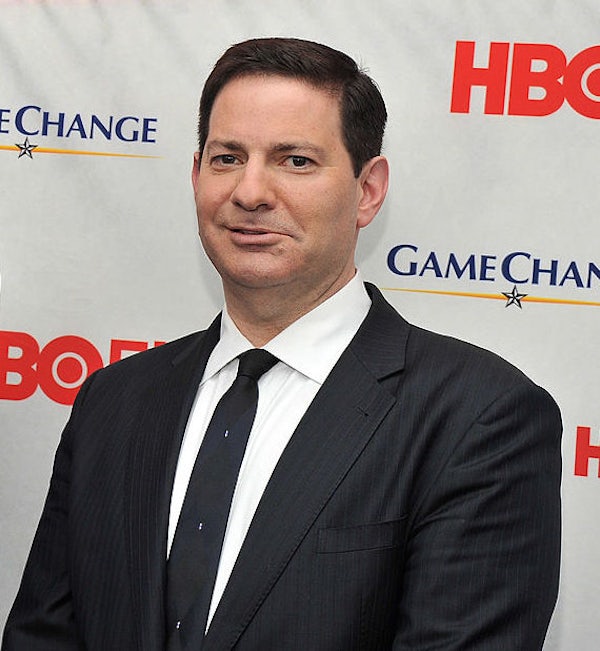 Of course Mark Halperin is trying to defend Donald Trump.

Every episode of Morning Joe is special, but today’s episode was truly very special. Morning Joe bullied Bill Kristol and almost made him cry. And grade-obsessed android and objective member of the elite media Mark Halperin dropped by to decry the elite media’s fixation on Trump’s refusal to say he would respect the results of the election. Here is a portion of the transcript:

MARK HALPERIN: I’m fascinated by a parallel universe in which [Donald] Trump hadn’t said what he said about respecting the results because he had a lot of good moments. I think he got more of his message out than he ever has. He had the demeanor that a lot of people wanted to see. But there’s no doubt that it’s the revenge of the elites. Elites do not accept that that was an appropriate answer and it’s not just the coverage in the immediate aftermath of the debate, the coverage this morning, but until he explains it and gets in sync with everyone on his campaign team I don’t think he’s going to get to talk about much else and that means every bit of good he might have done last night, with a strong performance and her strong performance, I don’t think matters much.

JOE SCARBOROUGH: Mark, let me ask you. And I’m sure people will disagree with me here—just the implication of my question, the suggestion of my question—how many people in Scranton, Pennsylvania, care about what he said in that answer compared to people in newsrooms that are—whimpering and whining with their, you know—

SCARBOROUGH: With their soy lattes?

Soy lattes! Hell yeah! Everything old is new again—like the Volvo that I am driving right now while reading The New York Times.

What Halperin and Morning Joe are doing is throwing around signifiers—they signify “smug liberal elite”—even though Trump’s comments have been condemned across the ideological spectrum. Do people in Scranton care about the possibility of mass unrest? I grew up nearby and have no idea, but that’s not the point. The point is to ask what it means when Trump says the election is rigged. Oh, and also don’t ask what an imaginary person in Scranton thinks about everything.