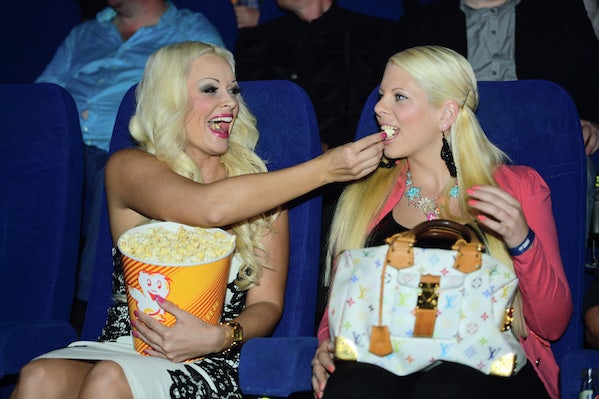 Popcorn is revolting and everyone should debate this now.

Rants against various foodstuffs are having a moment. First, The Atlantic’s Megan Garber argued last week that “Milk Chocolate Is Better Than Dark, the End.” She called dark chocolate “a lie,” “snobby,” and “a Marxist nightmare”:

These are the ravings of a lunatic, and history will judge Garber for her egregious opinions.

Then, on Tuesday, the Post published a diatribe against ranch dressing by Ben Adler, a staff writer at Grist. It’s “the kind of topping serious chefs correctly disdained for decades as extravagant and trashy,” Adler writes. He describes ranch as “disgusting,” adding, “It tastes like exactly what it is, which is milk that’s halfway rotten.”

Adler is as right as Garber was wrong. The only way to make ranch dressing more disgusting would be to dip milk chocolate in it.

Now, so as to make a trend, I will share with you my opinion of popcorn. Popcorn is the worst foodstuff in America, period, the end. Here’s why:

1. It’s stale, flavorless, and either too dry or too soggy.

Movie popcorn, microwave popcorn, circus popcorn—really any popcorn but stovetop popcorn, which no one makes because it’s too damn complicated for something as basic as popcorn—is always stale. It’s also largely flavorless, which is why nearly everyone adds seasoning and some people add melted butter. But the butter is also a necessary lubricant. Eat popcorn dry, and you’ll probably choke. Eat it with butter, though, and you’ll probably die of a heart attack (but not before licking your fingers clean, you filthy animal).

2. The shells get stuck everywhere and they’re impossible to get it out.

You know exactly what I’m talking about:

Most Americans are Neanderthals who don’t know how to chew with their mouths shut. This is especially true with popcorn, which has a confounding mass-to-substance ratio. Thus, most moviegoers eat it by the fistful, and they chomp chomp chomp in your ears as you’re trying to hear what that little boy on the screen is whispering to his mom right before he dies.

This is an age in which even the simplest element of taste will become a matter of partisanship and identity and social-Darwinian hierarchy; in which all things must be argued and then ranked.