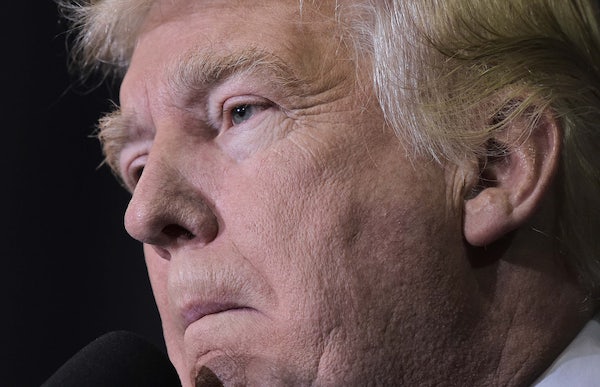 In the final presidential debate, Trump famously declined to say he’d accept the result of the election.

Trump had toned down this kind of talk in recent days, but revived it Sunday after hearing about long lines for early voting in Clark County, Nevada. “It’s being reported that certain key Democratic polling locations in Clark County were kept open for hours and hours beyond closing time to bus and bring Democratic voters in,” he said, according to ABC News. “Folks, it’s a rigged system. It’s a rigged system.”