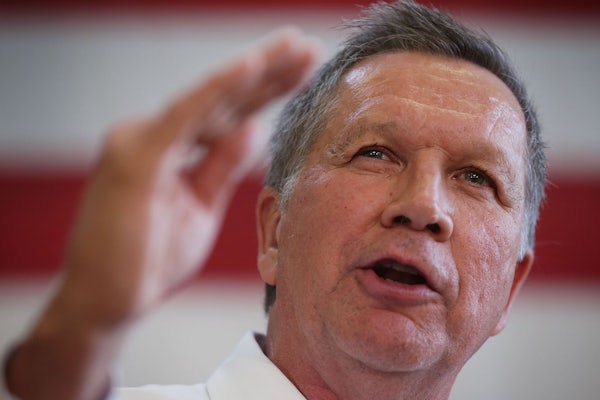 Just after polls closed on Election Night, reports surfaced that the Ohio governor was scheduled to make a public address this week about the GOP’s way forward post-Trump (presuming Trump loses). Unlike other prominent Republicans, Kasich refused to endorse Trump and repeatedly repudiated his behavior, potentially positioning himself as an anti-Trump in a 2020 run.

Clearly Kasich hasn’t read Teddy White’s on-the-trail classic The Making of the President 1960, in which Election Day is presented as a kind of sacred occasion, devoid of the political jockeying of the months that precede it. It is a day when everyone goes home, goes on bike rides, and plays basketball. “The noise and the blare, the bands and the screaming, the pageantry and oratory of the long fall campaign, fade on Election Day,” White wrote. “All the planning is over, all effort spent. Now the candidates must wait.”