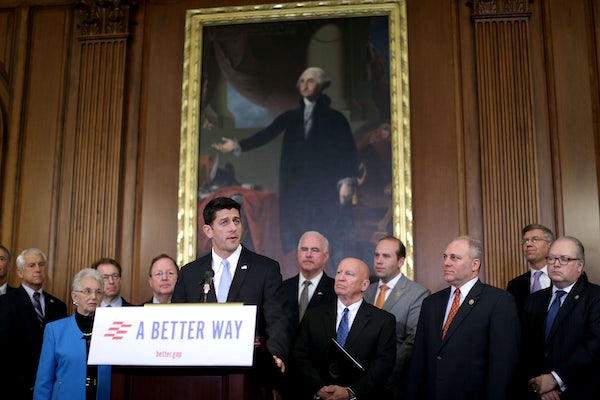 The House Speaker’s weekend push for tax reform was premised on the notion that what makes the tax code ripe for reform is the number of brackets in our federal income tax code.

Our tax code really is complicated, but the complexities have nothing to do with the graduated nature of the federal income tax. Thanks to the magic of computers, we could even use a continuous function to determine income tax liability and it wouldn’t really increase the complexity of the tax code, despite creating limitless brackets.

Real tax complexities arise in determining taxable income, and even that’s not terribly hard for millions and millions of individuals and households with predictable sources of income, and few write offs. Citing multiple brackets as evidence that the tax code is too complicated is window dressing for ideologues who support huge, regressive tax cuts, but don’t want to own up to it because huge, regressive tax cuts are very unpopular. They think misleading the public is an easier way to sell tax cuts for the rich, and that the public is easily misled.